Tech and social media news has recently been abuzz with news that Pinterest’s growth could be slowing down. First, Comscore shared that unique monthly visitor growth for Pinterest slowed in March. Next, AppData, which monitors how frequently users of third-party apps and websites interact with Facebook, reported a decline in the number of Facebook-connected Pinterest users.

Our best metrics pertain to referral traffic to publisher sites to gain insight on these trends. Based on more than 200,000 publishers who reach more than 270 million people each month, we first reported that in January, Pinterest outpaced Google+, LinkedIn and YouTube in referral traffic. In February, there was yet even more growth, as our data indicated that Pinterest beat out Twitter for referral traffic. 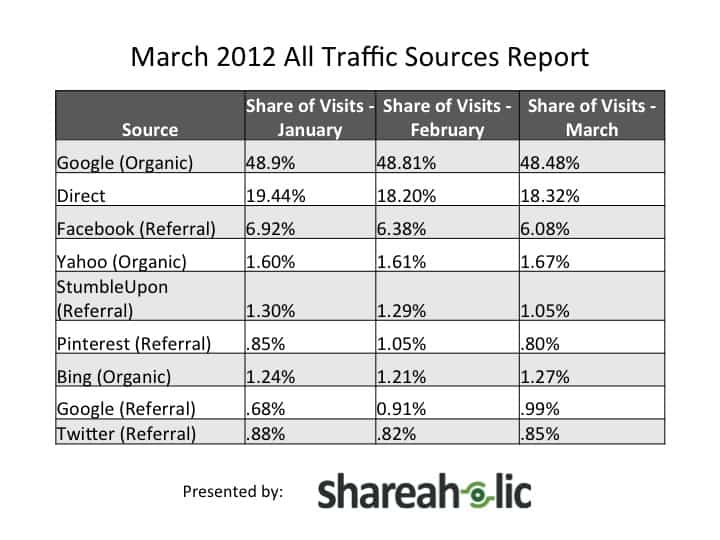 So far, our April metrics (through 4/23) indicate a similar trend, with Twitter contributing .85% of all visits and Pinterest slightly behind with .73% of the visits. Here’s a look at the relationship between the two over the past six months: 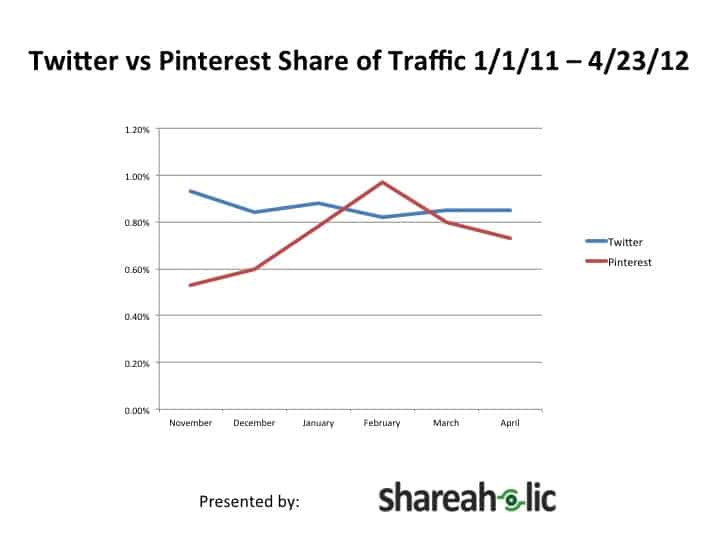 What do these trends mean and what can we expect for the future of Pinterest? I think it’s a little early to tell, but I like Business Insider’s take: there was a ton of coverage for Pinterest in February, and that might have spiked a lot of traffic and sign-ups from people (especially marketers, I’m one of them) wanting to check it out. A lot of those people may have since decided Pinterest wasn’t for them, which means that Pinterest can return to growing (dominating) organically the way it did before.  The copyright and “Thinspo” concerns might not have helped growth during this time period either.

My personal take? Pinterest successfully appeals to a powerful market most web startups utterly fail at – the ladies of middle America. Women control a ton of the household spending (some say up to 80%), and frankly most of us love shopping. It’s impressive for a startup to achieve growth beyond the early adopter tech echochamber and earn the enthusiasm of such a powerful consumer audience, and I think it spells opportunity. It will be interesting to observe what Pinterest does with their amazing traction and how publishers react by creating “pin-worthy” content to appeal to this audience and attempt to measure the outcomes of those efforts beyond referral traffic.

What trends have you seen with referral traffic from Pinterest on your own website? Let us know in the comments.

Looking for more recent reports? Check out our latest studies. Have a question? Email press@shareaholic.com.