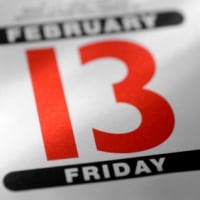 Ok, so this post is gonna cover everything that’s happened since the last post and now (which is quite a bit), so get ready. It seems that with my other project nearing it’s launch date, it’s becoming harder and harder to divvy up my time between both projects equally. This has been pretty clear in the fact that SexyBookmarks hasn’t been updated nearly as much as I would have liked to lately.

I know this sucks for you guys, but I’m doing my best. Anyway, I’ve recently updated the plugin (which I’m sure you guys have already downloaded by now) that fixes quite a few bugs and adds several new features as well. This in itself was no easy task, as it seemed that the SVN didn’t like me at the time. It took me several new version releases to get the SVN updated “correctly”, and then Norman had to come along behind me and clean up my mess. Don’t ask me, I have no clue… I guess it was a SVN conspiracy against me or something… Anyway, it’s fixed now and hopefully I won’t encounter such conspiracies gain in the near future.

Now, please take note that the above lists were ONLY for v2.5.3.3, and the last version I posted about was v2.5.2.3 which was quite a while ago. The reason for this is because of the streak of bad luck I seemed to run into lately. First, when applying the update for v2.5.3 to the SVN, there was an issue with the CSS due to the fact that we tried to remove all of the !important statements from our stylesheet. However, for some reason unknown to us, when most themes loaded the styles they didn’t seem to cascade properly as they should. So we had to add the !important rules back in to fix that.

The next bit of bad luck came when I attempted to update the SVN with v2.5.3.1 which included the fix mentioned above. I have no clue why, but it seemed that the SVN was plotting against me and made it extremely difficult for me to get anything done. First it applied the entire contents of our repository into the tag update, and then wouldn’t actually update the tag after I had removed it. This led to me having to release YET ANOTHER tag update JUST to remove the repository from the tag.

Norman then had to add a couple of CSS fixes that I had missed and release another update (v2.5.3.3) to clear everything up and get things back on track. Once all that was done, I then decided to tinker with my server settings at the root level… BAD IDEA.

I wound up breaking the site (which I’m sure most of you already realized) and have spent the last 3 or 4 days trying to fix it. I’ve finally got most everything restored from backups, but had to recreate quite a few things manually. The contact forms are all new, so hopefully they’re going to work properly. Anyway, just an update to let you all know what the heck happened. Let’s hope it never happens again, eh?