Want to track your own traffic trends? Check out Shareaholic Analytics. 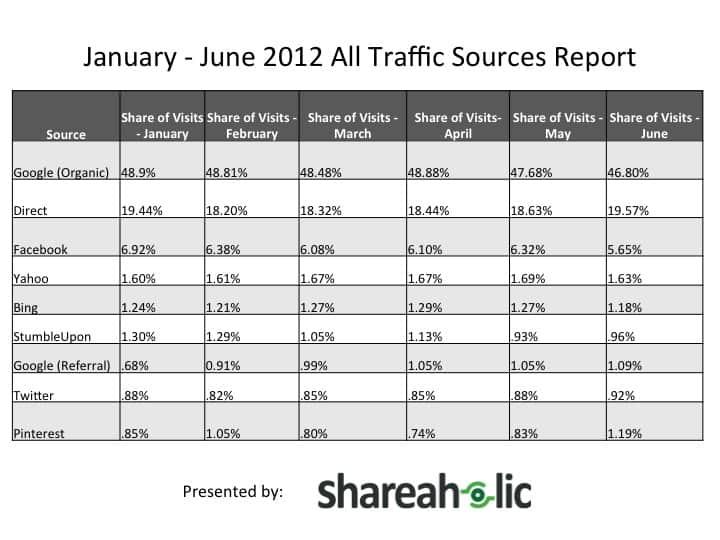 For a closer look at how Pinterest compares to some of the sources closest to it in share of traffic: 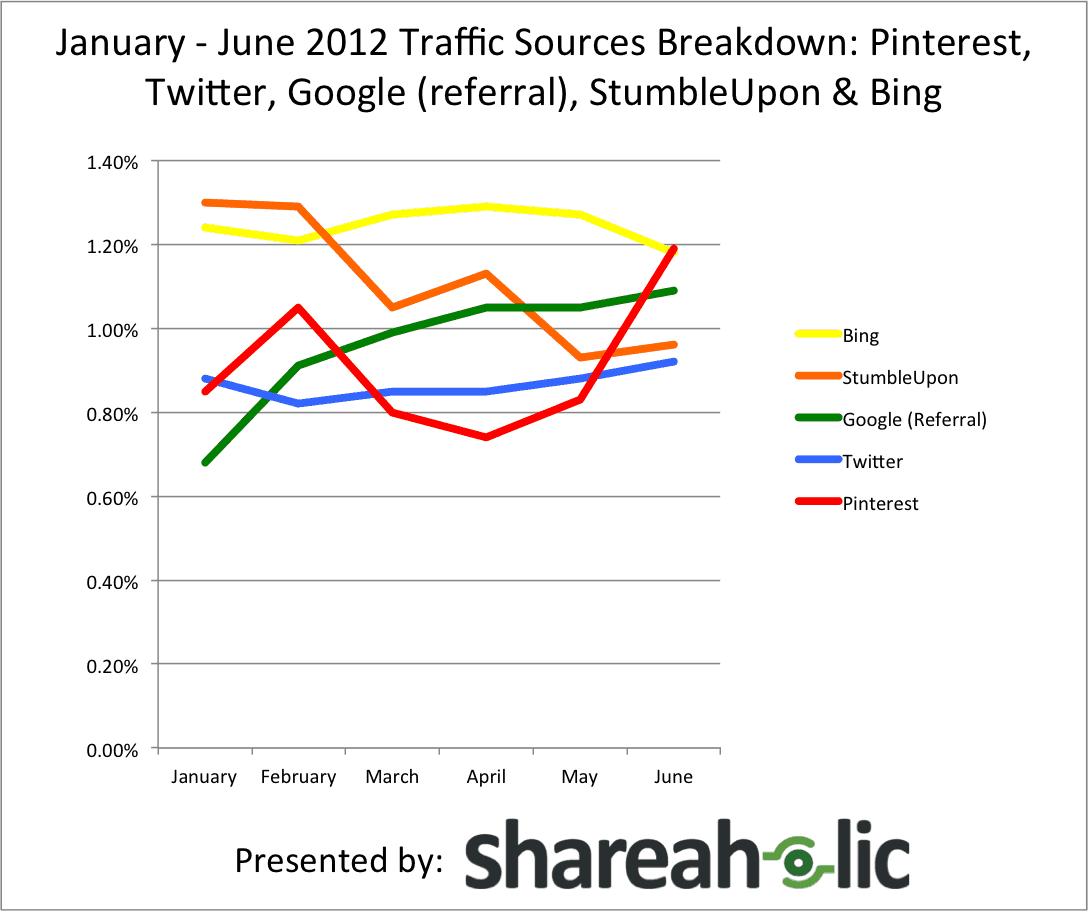 Some predicted that the traffic spike from Pinterest that occured earlier this year was due to increased media coverage and a “pretty new girl” effect. People clamored to Pinterest, hence the spike, and Pinterest would eventually return to its roots of organic growth. If these findings are any indication, it seems that Pinterest has.

For the purposes of this study, it’s worth defining Google referral traffic, as Pinterest is beating Google referral traffic, not traffic from organic search. So, what is Google referral traffic? According to Google, not all referrals from Google.com domains come through organic search or AdWords. Referrals may come from a things like Google Groups, base.google.com, or static pages on related Google sites. These visits are therefore tagged as (referral) and not (cpc) or (organic). It’s worth noting that this does not include Google+ traffic, which is listed under plus.google.com and plus.url.google.com. (Kristi Hines has a great post about Google+ traffic that’s worth a look.)

But when it comes to organic traffic, it turns out that Pinterest just slightly beat Bing’s organic traffic by .01%. Content creators should take note – but certainly not forget about organic search all together. “Image optimization”, if there is such a phrase, may be an additional form of SEO, but definitely not a replacement for keyword building as Google organic traffic still sends almost half of the traffic to the websites in our data set. Pinterest also beat out StumbleUpon, which has long been a significant source for content discovery and driver of traffic. But if image surfing is the preferred form of content discovery, it may be something content creators want to think about.

Of course, it’s all about what sends the most traffic for your website and where your traffic comes from. Using Shareaholic Analytics, you can discover where your top sharing platforms and traffic sources are.

What traffic trends have you seen for your traffic sources? Let us know in the comments!