Have a Tumblr blog of your own? Get more shares and reblogs with Shareaholic for Tumblr.

If you’re looking to add an interactive element to your blog posts, music may be just the ticket. Today, social music player Spotify now offers the Spotify Play Button to enable you to add your favorite songs to your blog posts, websites or social pages.

Tumblr is integrating the Spotify Play Button directly into the platform. Users can share songs, albums and tracks directly on Tumblr from the “Audio” post interface. Tumblr bloggers can paste a Spotify URI directly into Tumblr’s Audio interface, or search for tracks, albums or playlists in the same interface – similar to how they integrate with Soundcloud. 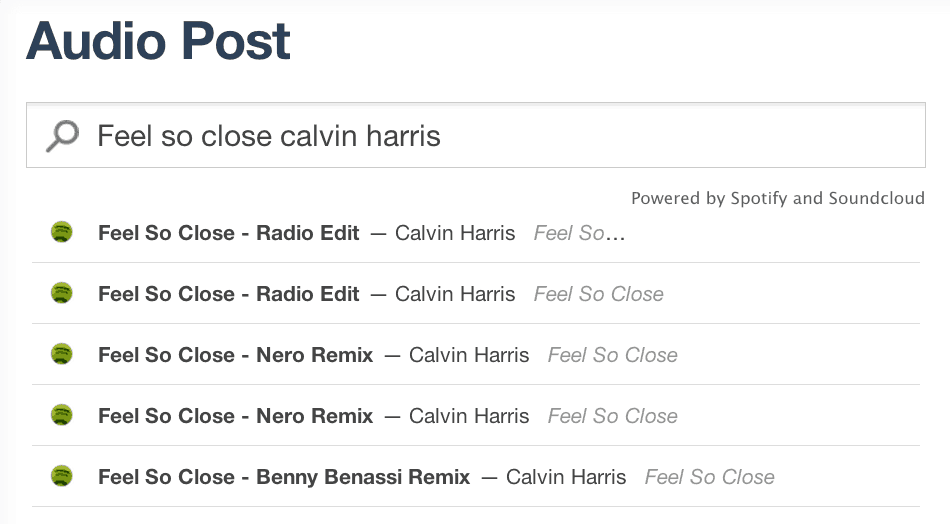 Here’s an example of what the Spotify Play Button Looks like on WordPress:

Will you use the Spotify Play Button on your blog? Let us know in the comments!