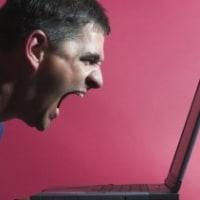 With the large quantity of bug reports and angry emails I’ve been getting since the release of v3.0, and more recently, the release of v3.0.1 – I thought it would be fitting to write a post for all of you who are experiencing issues with these versions letting you know why and how we plan to fix them in the immediate future.

The root cause of the problem

Though there are several different “types” of errors each of you are getting, they are all in fact caused by one underlying problem. Unfortunately, that problem is your web host. Some of you have hosts which are just plain crappy, while others of you have hosts who are so caught up in “securing the servers” that they’ve removed and/or disabled most of what makes PHP such an awesome language to work with.

Now don’t get me wrong, I’m all for security. I know I sure as hell wouldn’t want a server on my grid getting hacked. However, some of these hosts are going to the far end of the “extreme” in terms of “lockdown”. I won’t get into too many geeky details, as it would just bore most of you. So I’ll just say this… When it comes to web hosts, the cliche “You get what you pay for” is more true than you could possibly imagine.

What we intend to do

The examples mentioned above don’t cover everyone, but those are the primary issues at hand. So, we’re working extra hard to implement EVEN MORE pre-checks, pre-pre-checks, and pre-pre-pre-checks to ensure that if ANYTHING is unavailable in your hosting environment, the plugin will simply abandon the idea of using our fancy new sprite generator feature and use the premade sprite that’s included with the plugin instead.

Another thing that we’ve come to realize is that we’re failing in part due to the fact that we’re trying to make this plugin as “dummy proof” as possible. I’m not calling anyone names, just making reference to the fact that aside from clicking a few checkboxes, radio buttons, or icons… There’s not much to “setting up” the plugin.

This however, may be about to change. Unfortunately for the vast majority of you who enjoy the plugin and who it works for just fine, there are others out there who can’t get it to work due to lousy server setups and poorly thought out site structures. Therefore, we’re debating whether or not to add several text boxes which will allow for a 100% guarantee that the plugin will work on your server setup.

These boxes would be for you manually defining absolute server paths, relative server paths, and other such things which are somewhat hard to “automatically guess” due to the fact that some people love installing wordpress in crazy directories and renaming wp-content to something weird…

Now before any of you who are code savvy say, “but what about using content_url() to grab the wp-content location no matter where it is or what it’s named?”. Let me first say thanks for mentioning it… However, content_url() only gets the URL of wp-content folder… It doesn’t get the absolute path, nor does it get the relative path, which are two things we desperately need for this to work properly.

There are things called “constants” that are defined by WordPress that we could use, but they aren’t 100% accurate either as they won’t know if the folder has been renamed. At any rate, please be patient and rest assured that we are most definitely busting our butts trying to get this thing back up and running 100% for all of you.