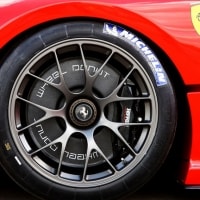 I’m going to guess that the vast majority of you who find this post probably won’t even have been affected by the horrible NIGHTMARE of a release yesterday, as I reverted the stable tag back to v2.6.1.3 very quickly after receiving tons of reports about fatal errors upon upgrading. However, for those of you who did… This release is for you!

Those of you who did not get a chance to download v3.0 should consider yourselves lucky, as I seemed to have “jumped the gun” a bit and released it before I tested thoroughly. At any rate, v3.0.1 addresses each of the issues that arose in v3.0 and also adds a couple small finishing touches as well.

Considering the level of mayhem associated with the v3.0 release, I would say that the biggest lesson I’ve learned from it would simply be this:

The reason so many of you got fatal errors when upgrading was because my pinky finger apparently pressed the semicolon key inadvertently while coding. May not sound too terrible if you’re not a coder, but trust me… PHP didn’t like it one bit! Anyway, here’s a list of what was fixed/added in this release:

There are currently 4 primary types of bugs being tracked with this release:

Please be patient as we are working frantically to find the common link between each of the errors so that we can get it fixed as soon as possible. I guess it’s a bit ironic that this was a “bug patch” release, and yet it’s still apparently full of bugs, eh?