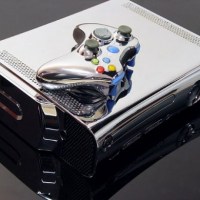 So I’m very happy with the rate at which the plugin is growing and evolving, aren’t you? I’d say you are, otherwise there wouldn’t be a whopping 11,000+ of you who have downloaded and installed the plugin thusfar!

Part of keeping that number alive and growing is by support for problems as well as SHINY NEW FEATURES! I mean c’mon, even adults like shiny new toys to play with every now and then, right? Good… So here’s a list of what’s on the “to do list” for upcoming version releases: