We’ve been excited to watch Pinterest’s growth since the beginning of the year. Tapping into our publisher network of more than 200,000 publishers who reach 300 million people each month, we’ve watched Pinterest send more referral traffic than Google+, LinkedIn and YouTube combined in January, Twitter in February and StumbleUpon, Bing and Google Referral Traffic in June. 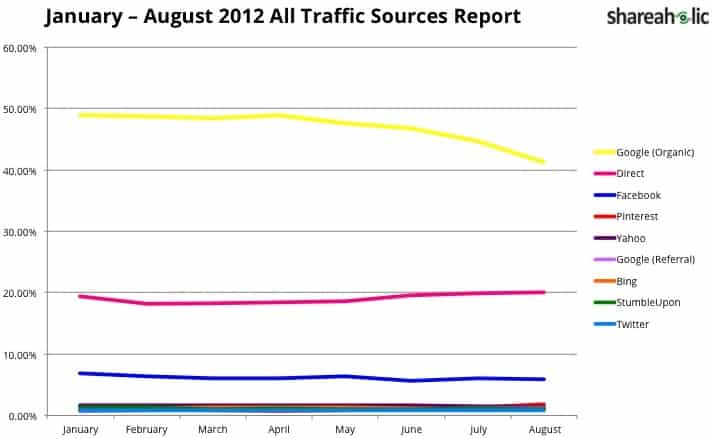 Here is the breakdown of the percentage share of visits for each traffic source: 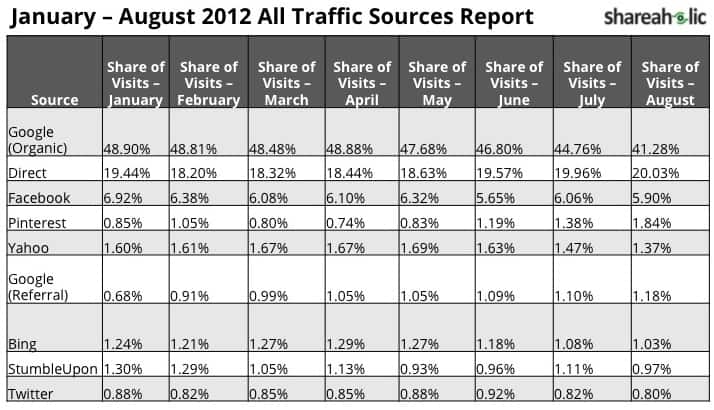 Last month, we noticed that Pinterest was on track to beat out Yahoo! organic traffic in August–and we were right. In the month of August, Pinterest sent more traffic than Yahoo organic traffic and is now the fourth largest traffic source in the world.

While it is still far behind both Google organic, direct and Facebook referral traffic with an undetermined business model, Pinterest continues to send more traffic each month to our network of publishers. Just take a look at the graph below to see Pinterest’s growth in comparison with other similar-sized social networks and search engines: 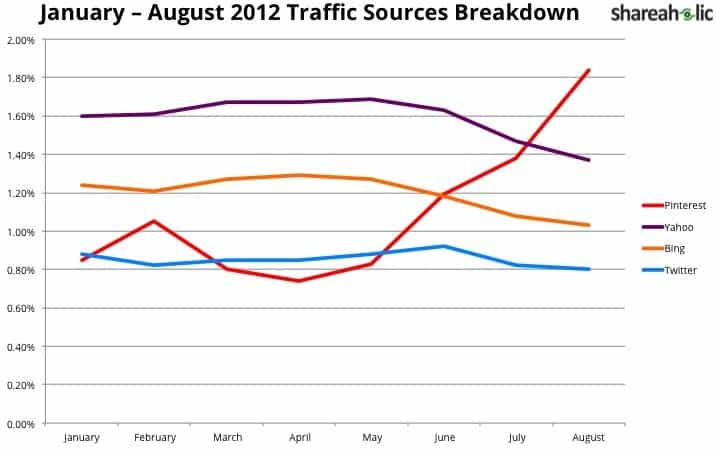 While this loss in organic does not mean the death of search engines, it does mean that you should spread out your marketing efforts for your blog or website to include both SEO and social media. Make sure to keep checking your content analytics, like Shareaholic Analytics, to see which sources are sending you the most traffic.

UPDATE: The latest Shareaholic Reports are available here. Any comments or questions? Email us: press@shareaholic.com