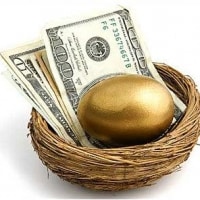 I know it’s a bit cold outside (depending on where you are) to be hunting Easter Eggs… However, I thought that it was high time I gave something back (aside from the super awesome plugin called SexyBookmarks) to my wicked awesome family of Sexy people!

So what’s the catch?

I thought you’d never ask… There is no “catch” per se, only a simple rule: Finders Keepers, Losers Weepers! I know, I know… That’s a little on the kindergarten side of the maturity scale, but it’s true. The first to find the “Easter Egg” on this site and email me the correct location is gonna be $100 richer!

Quick Note: It doesn’t actually look like an easter egg… I figured I’d just throw that out there in case anyone starting looking for eggs. Easter Egg is just a term used to describe something on a site that’s hidden.

Only the first person to find the hidden egg will win… So look closely and carefully, but don’t take too much time in doing so! Also, to add a bit of haste to the process… The egg will be removed from the site next Friday, January 15th. So if it hasn’t been found before next Friday… Well, I guess you’d be out of luck until the next time. :(

How do I know I’ve found it?

Excellent question young grasshoppa… To tell the truth, there is absolutely NO WAY that you could not know that you’ve found it! The site will disappear and a big huge message will appear that says something to the effect of “Hey, good job!”, and no it’s not a popup, so anyone with popup blockers on will still be able to participate.

Where should I look?

Well if I told you that, I’d just be ruining the whole “search” thing, now wouldn’t I? It could be anywhere! It might be on the front page… It might be on a contact form… It may possibly even be in an old post that nobody has looked at in nearly 8 months! It’s really anyone’s guess as to it’s location… Just browse the site and click random places… You just might find it!

What do I do when I find it?

Well, you’ll notice that the comments are closed on this post… This is so that I don’t get a FLOOD of “it’s not here…” or “don’t try this page, cuz it’s not on this page…” comments. I figure the simplest and easiest way to handle this is going to be that the first person to email me the correct location of the “Easter Egg” at support[at]shareaholic[dot]com is going to walk away with $100 in their pocket. (well, actually in their paypal account)

Well, what are you waiting for? An invitation?