Our findings for this new study are based on four months of data collected from 300,000+ websites which reach more than 400 million unique visitors each month.

This report takes a look at how much traffic the 8 most popular social media platforms referred to our network of sites. The Shareaholic network is well diversified, with sites ranging from independent lifestyle blogs to publishing companies to commerce sites. The chart below features data for the months of December 2013 through March 2014. The numbers in the month columns are shown as “share of visits” while the last two columns on the right quantify how much each social network’s respective share has grown or shrunk.

Following the data are 4 important takeaways from this study: 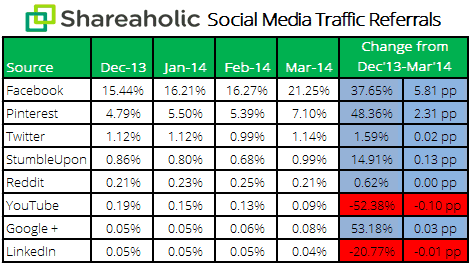 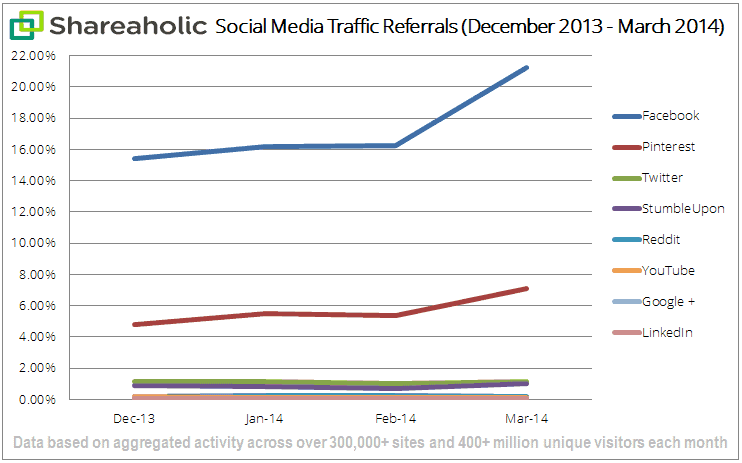 What interesting traffic trends have you noticed over Q1? Also, if you enjoy reading our data reports and don’t want to miss out on the next one, click the image below and subscribe to our blog!

By the way, we’re hiring! See our open positions for more.