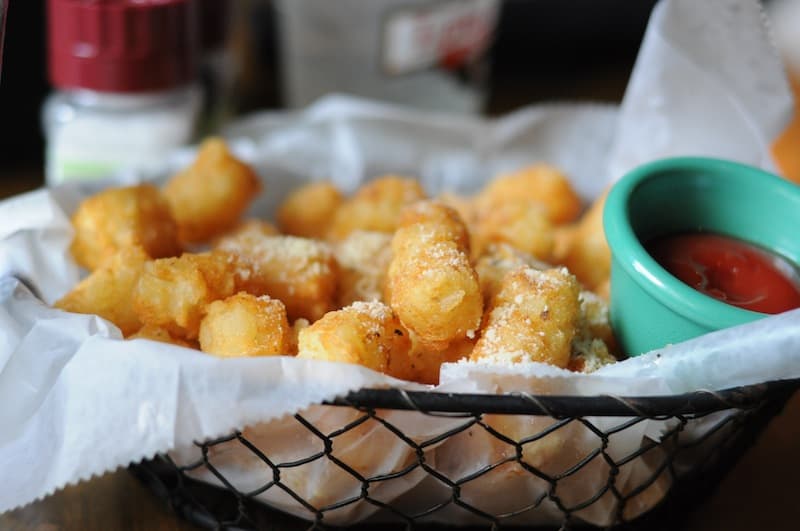 The Asgard has become something of a running joke in the office. Our marketing savant, Janet Aronica, harbors a deep affection for the ostensibly Irish pub. Our lead developer, Robby Grossman, meanwhile, never holds back an eye roll at the mention of the place. After experiencing the restaurant during our team lunch this week, I cannot call myself a fan. The menu was hardly Irish, the service was spotty, and my food had problems. Others members of the team, though, were not quite as dissatisfied.

While the Asgard claims to be an Irish restaurant, it’s more Disneyland Irish or “Irish” than something a lifelong Dubliner would recognize. I do not have a tremendous amount of familiarity with traditional Irish cooking, but soda bread, hearty stews and perhaps salmon come to mind. The décor — some tables featured monumental throne-like carved wood chairs — felt lifted from the set of a low-budget period drama about a lascivious 15th century Irish princess.

The service left something to be desired. Between seating the six of us at a table for four in a mostly empty dining room and taking an inordinate amount of time to put food on the table, I was not impressed. The staff’s cheery attitude did nothing to  ameliorate these missteps.

The food was a mixed bag. Our fearless leader, Jay Meattle, enjoyed his vegetarian quesadillas and lemonade. Robby gave the drinks list a try. Ever the beer aficionado, he noted the “chocolate and coffee tones, with an emphasis on the chocolate” with a “well-hidden 11% ABV” in his brew. Perhaps unsurprisingly, Janet enjoyed her Caesar salad. 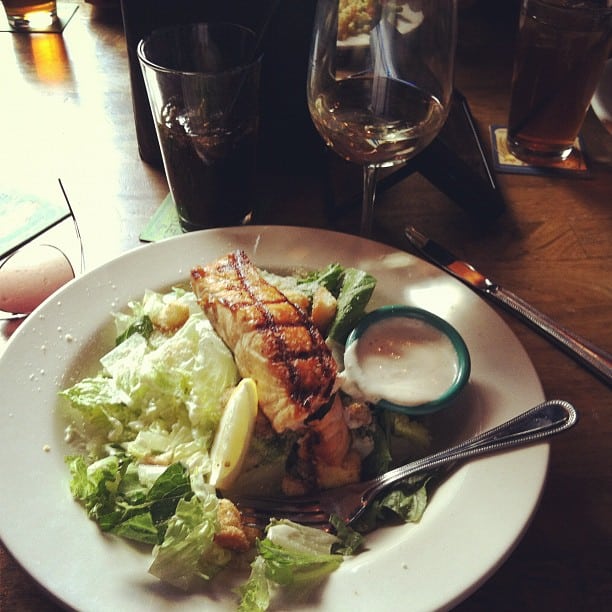 Possibly for the better, I was unable to order their Cape Cod bouillabaisse. (Let us take stock here: this is a dish from the Mediterranean coast of France with an American twist served at an Irish restaurant.) Instead, in the mood for shellfish, I gave their appetizer portion of mussels a try, along with a small green salad. The mussels were at least cooked. But the broth was one-dimensional — the tomato drowned out the fennel, basil and wheat beer — and the accompanying bread managed to be neither crisp nor soft. Had the broth been more interesting, I might have been even more disappointed. My salad evoked memories of domestic coach-class air travel. The kitchen really sealed its fate by not dressing the salad, instead giving me a condiment cup filled with dressing on the side.

The apparently pleasant experiences of the rest of the team aside, the Asgard struck me as a restaurant with an identity crisis. The menu samples the French, American, Latin American and German culinary traditions, yet manages to have only the faintest traces of Irish cooking. Perhaps after enjoying enough of the drinks list the quality of the food becomes a non-issue. But between my mediocre food, the subpar service and the existence of other restaurants that serve Caesar salad, I have no desire to make a repeat visit.

Shareaholic’s resident foodie, Joseph Kibe, spends his days wrestling with nonlinear optimization problems. He has yet to find a bakery in Boston that produces outstanding French bread. Check out his weekly reviews of our team lunches and follow him on Twitter.

We are always is always looking for talented people to join our team! Learn more about career opportunities with Shareaholic.