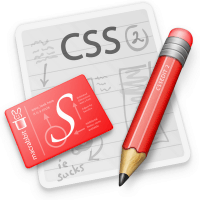 The plugin has come a very long way since it first started. In the beginning, something such as a small textarea where you could enter your own CSS rules for the DIV that contains the SexyBookmarks menu was actually looked at as a pretty useful feature… However, as the plugin grows and becomes more complex and advanced, features such as that are being phased out for new and improved versions.

Although the last version (v2.6.0) brought with it a TON of unresolved problems that led to it’s abandonment, it did usher in one feature that many of you have asked for time and time again… The ability to edit the CSS, JS, and Image(s) without losing those modifications the next time you upgrade. This feature was added, and worked perfectly in that release. However, it was the other bugs that caused us to have to release a rollback update.

So now that we know we can in fact accomplish this task, we’ll be including it in the next update as soon as we fix those bugs from v2.6.0 which caused so many problems. So we want to know if you the end user even feel that you *need* the Custom CSS box anymore. I mean, if you’re able to edit the stylesheet directly without worrying about losing those customizations the next time you upgrade, then do you really need a textarea to edit just one part of the CSS?

So all you need to do is simply vote in the poll that you should see to your right. Your votes will let us know whether or not most of you would still find such a feature as being useful and needed even if you can edit the CSS directly. The sooner you vote and let your friends who use the plugin know to vote, the sooner we can finish up the next release and get the plugin back out with it’s fresh new fancy upgrades.

PS – You’ll notice the comments are disabled on this post… This is to ensure that you guys vote in the poll rather than leaving your answers here in the comments, thus making it harder for us to tally the votes.